The most common motorcycle accidents 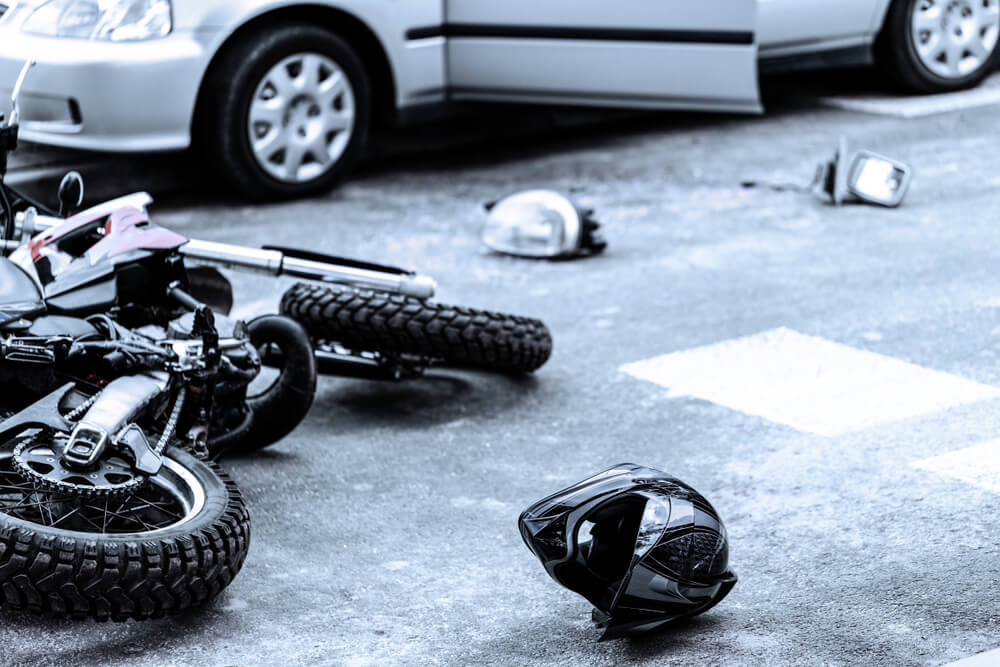 The Statistics on Road Accidents

Sadly according to a study in 2016, motorcyclists only make up 1% of the total traffic on the roads, however, they account for 18% of deaths on the road. This is due to their vulnerability on the road, as motorcyclists do not benefit from the safety features that vehicles have like seat belts, airbags and the frame of the vehicle.

Here at Off Your Bike we would like to make motorcyclists aware of the most common dangers and to let you know that we are here for any legal needs you require for your motorcycle.

Here are the most common motorcycle accidents claims to be aware of.

The most common cause of motorcycle collisions at junctions is other motorists’ failure to spot a motorcycle on the approach, failure to judge the speed at which the motorcycle is travelling or failure to look at all when pulling out of a junction.

Collisions whilst overtaking or filtering

Filtering is the process of moving safely past stationary or slow-moving traffic on a motorcycle. Collisions can occur as motorists fail to observe the fact that motorcyclists are able to move and overtake in ways that other larger vehicles can’t. This can cause motorists to collide with filtering motorcyclist’s as they fail to see their approach.

Many overtaking accidents are caused through the inexperience of the motorcyclist. It is essential to be able to judge the speed and distance of the traffic around you in order to overtake safely; something which many younger or newly qualified riders can struggle to do.

Motorcycle accidents commonly happen due to the rider losing control down to factors such as travelling at excessive speed, being under the influence of drugs or alcohol or simply being reckless or careless on the road. Inexperienced riders are also more likely to be involved in a collision due to loss of control, as they struggle more with handling the bike safely, knowing when to brake or panicking when finding themselves in a location that they are unfamiliar with.

Road surfaces can also result in loss of control, travelling on uneven, slippery or wet surfaces can be more difficult on two wheels.

Changing road surfaces can pose a problem for riders. Potholes, loose gravel or chippings in the road can lead to motorcyclists having an accident. Other surface hazards include mud, oil, snow and ice. If the local authority has failed to display appropriate signage to forewarn road users of possible road hazards or failed to inspect and remove hazards from the roads, they could be liable.

Drivers or passengers failing to look when they open the door of a parked car into the path of an oncoming motorcyclist is known as ‘dooring’. This is a common cause of motorcycle accidents, so it is important for riders to pass parked cars with caution.

Should you be unfortunate enough to be in a motorcycle accident (touch wood this is never the case) you can reduce the risk of serious injury or even fatality by wearing protective clothing such as a good quality helmet and leather. If you have been involved in a motorcycle accident, I encourage you to get in touch with our team here at Off Your Bike to be fully aware of your options and legal rights, allowing you to make an informed decision about how you wish to proceed.

Phone 0333 043 1241 or submit an enquiry online here, where an experienced legal expert will be in touch with you shortly.